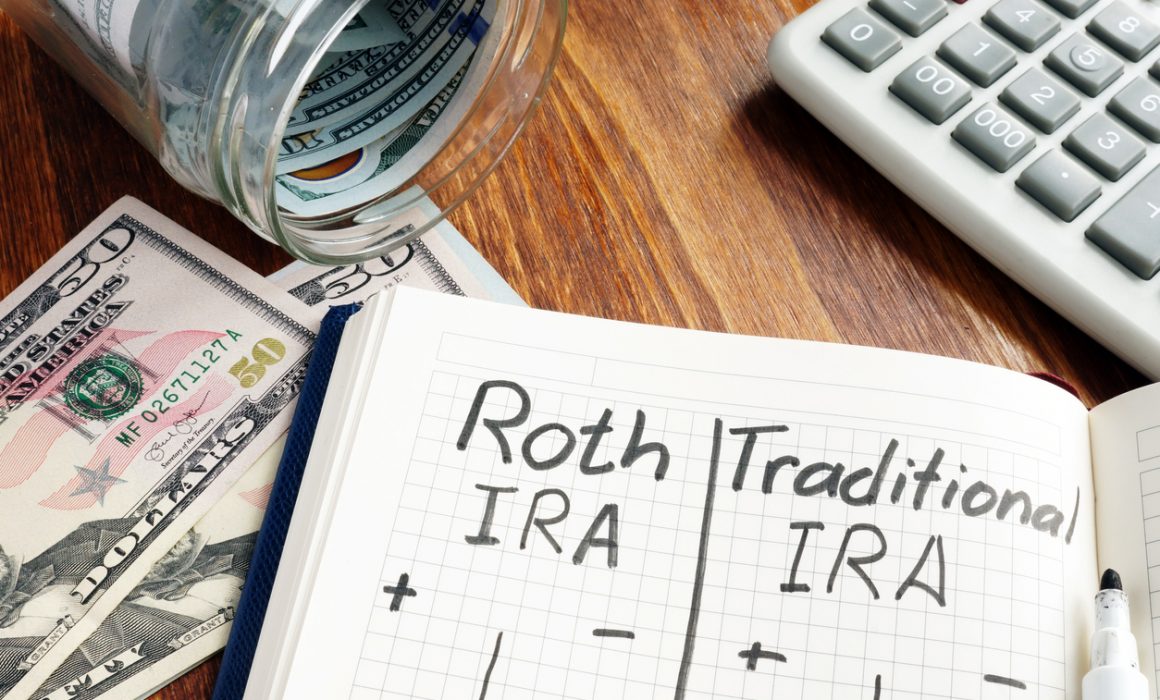 Roth IRA, have you heard of it? Not sure, but somebody told you it was the best thing since sliced bread? OK, what is it actually? A Roth IRA is an investment vehicle that sounds similar to the Traditional IRA many of you may be familiar with. With a Roth IRA you’re going to pay all the taxes now as opposed to deferring the taxes, like you would with the Traditional IRA. The idea behind this is you’re paying taxes now when you’re going to be in a lower tax bracket than you will be at some future date. The great point about this is any money that you put into Roth IRA grows tax free, and then when it comes time to take money out those withdrawals are tax free. Now, say you don’t use up all the funds in your Roth IRA, whoever inherits that also gets that same tax-free treatment which is pretty awesome in and of itself. Now, because that can be very powerful over a long period of time there are limitations in place so there’s only a certain amount you can contribute to a Roth IR A every year and they actually have income limits in place; so, as your income goes up you get phased out from being able to contribute to a Roth IRA. There are other small nuances and caveats, because the tax code is never very straightforward, there are tax penalties if you take money out early and there is also a certain amount of time that your monies have to stay in the Roth IRA before you can access them. As opposed to a Traditional IRA, there is no RMD, you don’t have to take money out once you get 72 so that’s also a nice feature there. A Roth IRA can be very powerful if you’re early on if you’re a little younger because it has a long time to grow tax free and because you’re going to be in a lower tax bracket then you will be for most of the rest of your life. Also, if we have years like last year, where unfortunately a lot of people saw a drastic drop in income, that can also be a time at which it may make sense to look at putting money into a Roth. You can do things like, a Roth conversion of your IRA or 401K to put a big chunk into a Roth IRA in a year where your income is way down from where it’s going to be in the other year. We’ll talk a little bit more about that in a future video. A Roth IRA may make a lot of sense for a lot of people, if you want to see if that makes sense for your situation or if you’re trying to figure out if it works within your financial plan, as always, reach out to us here at Next Step and we will walk you through what it’ll look like, what it may cost you taxwise, and if it fits within what you’re trying to do with your certain situation. Y’all have a great one!